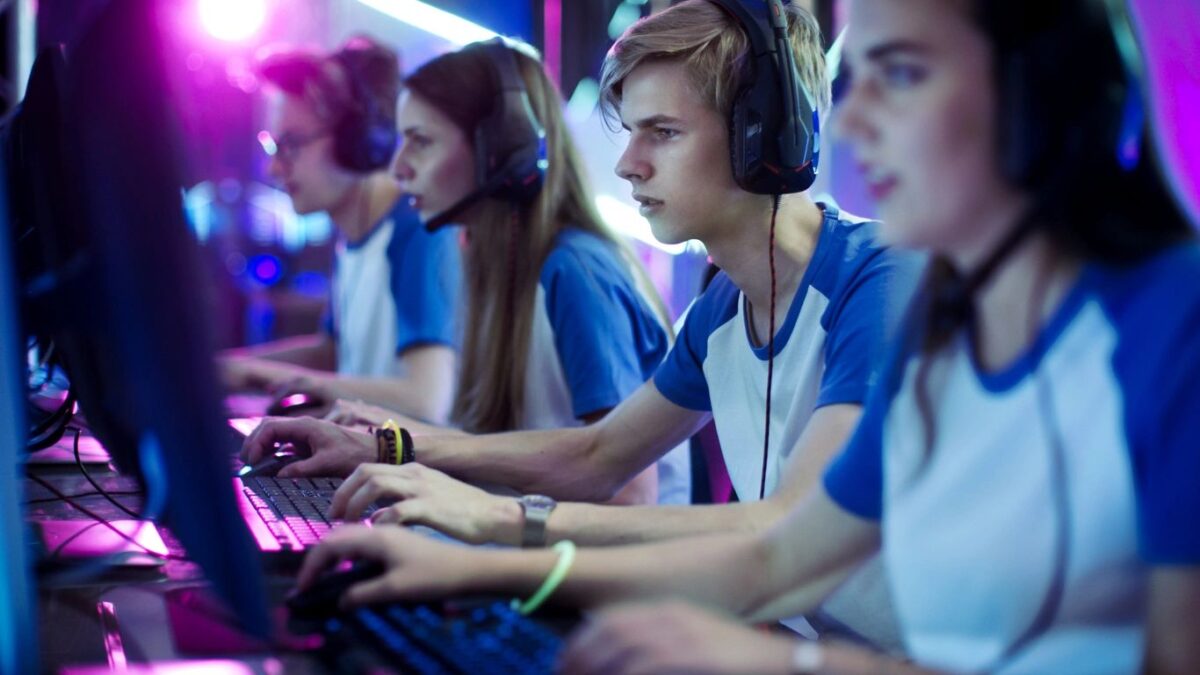 Our research indicates that not only does Las Vegas have a great assortment of video game entertainment offerings, but the city has also become an esports mecca.

The city hosts esports arenas for tournaments, conferences for video game industry professionals, and video game lounges for entertainment. Our research found that conventions like the LVL Up Expo and lounges like GameWorks will give gamers plenty of entertainment options when visiting Las Vegas.

Luxor Casino has an eSports arena called the HyperX Esports Arena.  The arena has hosted events such as the Zombies World Championship with a $30,000 prize pool.  Events like Zombies World allows players to capitalize on their video game skills against other players.  When the arena is not hosting events, gamers can buy a day pass and battle others in the 30,000 square foot level arena with a 50-foot LED video wall.  You can even grab a drink with your gaming team after the battle at the cocktail bar.

The LVL Up Expo will take place in February of 2022 at the Las Vegas Convention Center.  The LVL Up expo will feature esports tournaments, table-top tournaments, networking for industry professionals, and even a lip-sync competition.

Lastly, GameWorks has a location in Las Vegas.  The GameWorks Las Vegas esports lounge is a great way to relax and game with friends.  You can play over 100 titles and there are often community-driven tournaments in which you can compete for prizes.

As eSports become more popular, could we see more video game tournaments select Las Vegas as their home base.  The city offers an excellent set of venues that gamers would find attractive, and the strip has plenty of hotel space near an airport.  Las Vegas is also home to many conferences and expos like the consumer electronic show that attracts gamers looking for the latest technology to deck out their homes and video game stations.

Spotlight Chatter is an article series focused on questions or comments driven from our community forum.  The forum is an open community that members can post questions and get answers about Las Vegas.  Questions range from entertainment, hotels, music, or sports.